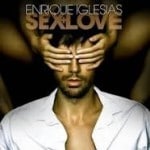 Enrique Iglesias is a Spanish-American singer and song writer, he was born in Spain but raised in the USA from a really early age. He started his career in the mid 90s and he won some Grammy awards and in 2008 he opened the Football European Championship with one of his most famous tracks the ‘Can you hear me’. He is one of the most famous Spanish singers nowadays and he sold approximately 40 million CDs.

Enrique Iglesias will have his concert in Madrid, Spain 15th November this year. He is touring with his new album the Sex and Love which was released 14th March in 2014. This is his tenth studio album. From this new album three tracks (Loco, Perdedor and Bailando) reached No. 1 at Billboard Hot Latin Songs chart. Enrique described his new album as sexual and fun at the same time. He explained the title why he chose the Sex and Love as the name of the new album in an interview and he said: “It’s one of the first things I thought about when I listened to the whole body of work. I think it’s something we can all relate to no matter what religion no matter what personality, no matter what colour we can all relate to it.” The concert will take place in Madrid’s downtown at the Barclaycard Centre.

To book your tickets to the concert click the link.