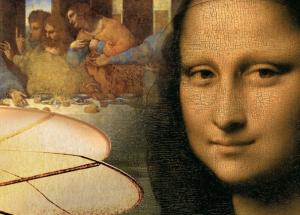 If you are a fan of the works of Leonardo da Vinci, and would like to get to know the inventor, the painter, the teacher and the person Leonardo himself even better, then the exhibition Da Vinci: The Genius is the place to visit. This exhibition is available between February 12th and May 2nd in 2012, and the exhibition can be seen in the Canal Art Centre, which can easily be reached using public transportation. Take the metro line 1, 9 or 10 to the stop Plaza de Castilla, and you will find yourself there within minutes. The exact address of the Canal Art Centre is Paseo de la Castellana 214.

Da Vinci: The Genius
The official press release
The world of the Italian Renaissance man has been captured a comprehensive exhibition including a 3D film about his life. For the occasion, 19 rooms of Arte Canal have been filled with reconstructions of the places where he worked, pieces by his students and replicas of many of his machines.

The exhibition is divided into three parts: the first focuses on more personal side of Da Vinci, the second takes a look at the painting of his Italian and Spanish students and the third shows the machines that he created.

A number of Spanish and foreign museums have helped recreate spaces and objects to give the public a better understanding of Leonardo da Vinci; this is the case of the reconstruction of his library and study, which includes over 40 original codices and manuscripts and five original drawings by the artist.

The exhibition also finds room for the creations of Da Vinci’s students. Some of the pieces in this section, such as Giampietrino’s ‘The Last Supper’, are being shown for the first time in Spain. Seventy of his machines, many of them interactive, have also been reconstructed to give a full view of all the fields explored by this multifaceted artist.

`Da Vinci: The Genius’ includes a 3D film about his life and work. Coinciding with this exhibition, several workshops and a tasting session of five gourmet dishes created by the chef Sergi Arola have also been lined up.

For more information about Madrid museums or other Madrid activities, go here. If you would rather get wet or go on a river cruise or on a harbour tour, you better visit Prague or Barcelona instead.