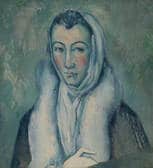 The Museo del Prado is the main national museum of Madrid and it is among one of the best museums of art. It has a great collection of the European art from the 12th century until the 19th century. The museum gives home for other art works as well like sculptures and drawings. The collection is based on the formal Spanish Royal Collection.

In the last third of the 19th century and in the beginning of the 20th century the rediscovery of El Greco had a great influence on many painters and also had a very important development on painting. El Greco’s work also had a big part in the spread of Cubism through the works of Derain, Modigliani and the Czech avant-garde. He had also big effect on Picasso’s art work who considered him one of the most outstanding painters ever. The first exhibition of El Greco’s art work was in the Museo del Prado in 1902. The Laocoön or his other famous work the Toledan landscapes were inspiring many artists like Ignacio Zuloaga who painted several landscapes of Toleda too, but El Greco had a big impact on Henry Moore as well who was inspired by the Vision of Saint John.

If you want to know more about El Greco’s work or you are interested in more exhibitions visit the official site and check for more information about the museum.

The exhibition will be on display until October 5th, 2014.