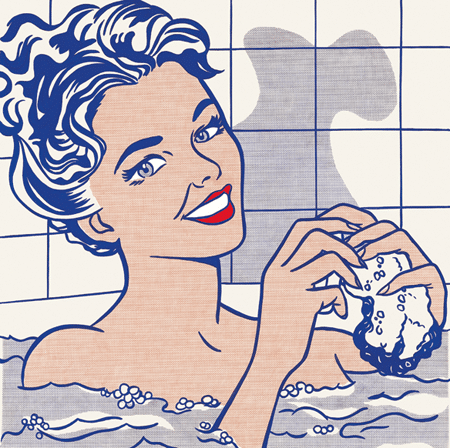 Pop art first appeared in the late 1950 and the early 1960s and it was one of the most liberating moments of art. It was a new way of expressing art by demolishing the heroic vision of the previous avant-garde movements in the new culture and technology at the time.

Pop art brought an end to the division between ‘low’ and ‘high’ culture. In pop art everything could became art and every image could be recycled. It offered a new meaning of the images and art in the contemporary culture.

Pop art was an innovative movement, on one hand it led to a new path to post modernity and on the other it was oriented towards the past. It had the desire to connect tradition by using new artistic ways with images from the television, advertising and comic books.

The exhibition takes place in Madrid in the Mueso Thyssen-Bornemissza from 10th June until 14th September 2014. The museum is open from Tuesday to Saturday from 10.00 to 22.00 and from Sunday until Monday from 10.00 until 19.00 in the evening. The entrance fee for the exhibition for adults is 11euros but there are reduced tickets for children, students as well.

As you notice it is only 14 days left of this exhibition, so if you want to see it, make sure to visit the Thyssen Bornemisza museum within the coming two weeks!