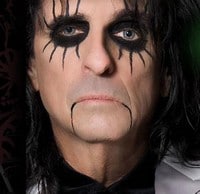 If you like the music of Alter Bridge, then you better be there in La Riviera as Alter Bridge enters the stage November 17th. More information and tickets can be bought for this Madrid concert further down. Book a Madrid hotel

About Alter Bridge:
Alter Bridge is an American rock band based in Orlando, Florida. The band was formed in 2004 by then-former members of Creed, Mark Tremonti, Brian Marshall, and Scott Phillips, with Myles Kennedy, formerly of The Mayfield Four.

The band is named after an actual bridge that used to be located in Detroit near Tremonti’s home on Alter Road. The bridge led to a bad part of town and the neighborhood children, who saw the other side of the bridge as the “unknown”, were not allowed to cross it. Thus, according to Tremonti, the name of the band symbolizes going into the unknown and starting something new.

Alter Bridge released their debut album, One Day Remains, in August 2004, followed by their second album, Blackbird, in October 2007. Both of those were highly successful. The band’s third album tentatively titled Alter Bridge III is slated for a 2010 release.

Sala Heineken is a very popular concert venue in Madrid, and November 3rd at 21.30 Danko Jones will perform there. Danko Jones is a Canadian rock band from Toronto, Ontario which consists of Danko Jones (vocals/guitar), JC (also known as John Calabrese) (bass guitar), and Dan Cornelius (drums). If you want to see and hear Danko Jones as they play and sing in Sala Heineken, then this is your chance. Check out the link further down for information and tickets to the Danko Jones concert in Madrid.

Arcade Fire is a cool rock-band using traditional instruments, but also more untraditional instruments such as violin, viola, cello, double bass, xylophone, glockenspiel, keyboard, French horn, accordion, harp, mandolin  and hurdy-gurdy. If you would like to see Arcade Fire as they perform in Madrid November 2010, then buy your Arcade Fire ticket today. This is a cool band, with cool music, and the Canadian band does not visit Madrid too often, so make sure not to miss this Madrid event. The concert venue is Palacio De Deportes de la Comunidad.

One day before Arcade Fire performs in Palacio De Deportes de la Comunidad in Madrid, Shakira will enter the stage in the same concert venue. Shakira is a very famous singer and artist, and she is expected to rock the venue during her Madrid concert in 2010. If you have heard her sing, you know what to expect. If you have not heard Shakira live yet, this is something to look forward to. Shakira tickets are expected to be sold out, but you can still buy tickets from WorldTicketShop, so use the link further down to buy your Shakira Madrid tickets today.

If you want to be there as Interpol performs and sings and plays in Palacio Vistalegro in November, then this is your chance. Interpol is an American rock band formed in 1997. The band is officially now a trio, they have recruited David Pajo as their new bassist and Brandon Curtis as their new keyboardist and backing vocalist for their current tour. To buy tickets, use the link below.

Joe Satriani is one of the worlds leading guitar player and this is the event of the year for people wanting to hear beautiful guitar solos and great music. As Joe Satriani comes to Madrid we do not know what Madrid hotel he will stay in, but what can be known for sure is that he will play in La Riviera November 19th, concert starting at 20.45